The Most Popular King Cake Filling

Everyone has their favorite kind of king cake filling. From the familiar and classic to the unique and niche, king cake fillings have been known to be as creative as the revelers at Mardi Gras themselves. However, when it comes to the most popular king cake filling, there are a few contenders that reign supreme:

Cream cheese has been a popular king cake filling since most people can remember, and it still holds up as one of the top choices enjoyed by Mardi Gras revelers today. Classic cream cheese is hand-made and carefully injected into the soft, sweet braids of cake for the perfect amount of yum. This is also a filling option that allows for a delicious contrast of textures on the tongue since cream cheese has a strong richness to it that pairs nicely with soft, sweet cake. Although it has a reputation for also being dense, our king cakes’ cream cheese filling strikes the perfect balance of light and flavor-packed. Since cream cheese king cake filling is so versatile, it can serve as a foundation for many additional flavors including nuts, cinnamon, fruits, nuts, and more.

Reaching back as far as 2012, Manny Randazzo has been known for his delightful pecan praline king cake filling. In fact, this filling has become so popular with the locals that The Times-Picayune named this option as the most popular king cake filling on their review list. New Orleans has always been known for its praline treats, and it almost seems obvious to implement that theme into a king cake for Mardi Gras. What’s it like biting into a pecan praline king cake from Randazzo? Imagine sinking your teeth into a traditional Louisiana praline combined with a sweet caramel sauce nestled within a flavorful dough with a touch of cinnamon goodness. Feeling hungry yet?

When choosing the best king cake filling, it’s hard to avoid cinnamon-themed options. Cinnamon has always been a crowd favorite, and the spice features prominently in the dough in general. However, when it comes time for cinnaholics out there to order their kind of cakes, it’s customary for them to request fillings and glazes that feed their taste addiction! Cinnamon king cake filling pairs great with a thick vanilla icing that can help balance out its sharpness while also offering a pleasant color contrast that just screams “eat me!”

The Best King Cake Filling is…

…the one that you like the most! Although there will always be popular king cake filling favorites amongst the masses, the best king cake filling for you will be the one that makes you the most excited to dig in. However, if you’re the “king” this year, the best filling might be whatever’s the most popular king cake with your royal court being entertained! For all of your king cake needs, Randazzo’s here to satiate them. Give us a call or email us today to learn more about how we can help you kick off your Mardi Gras season with our famous flavors! 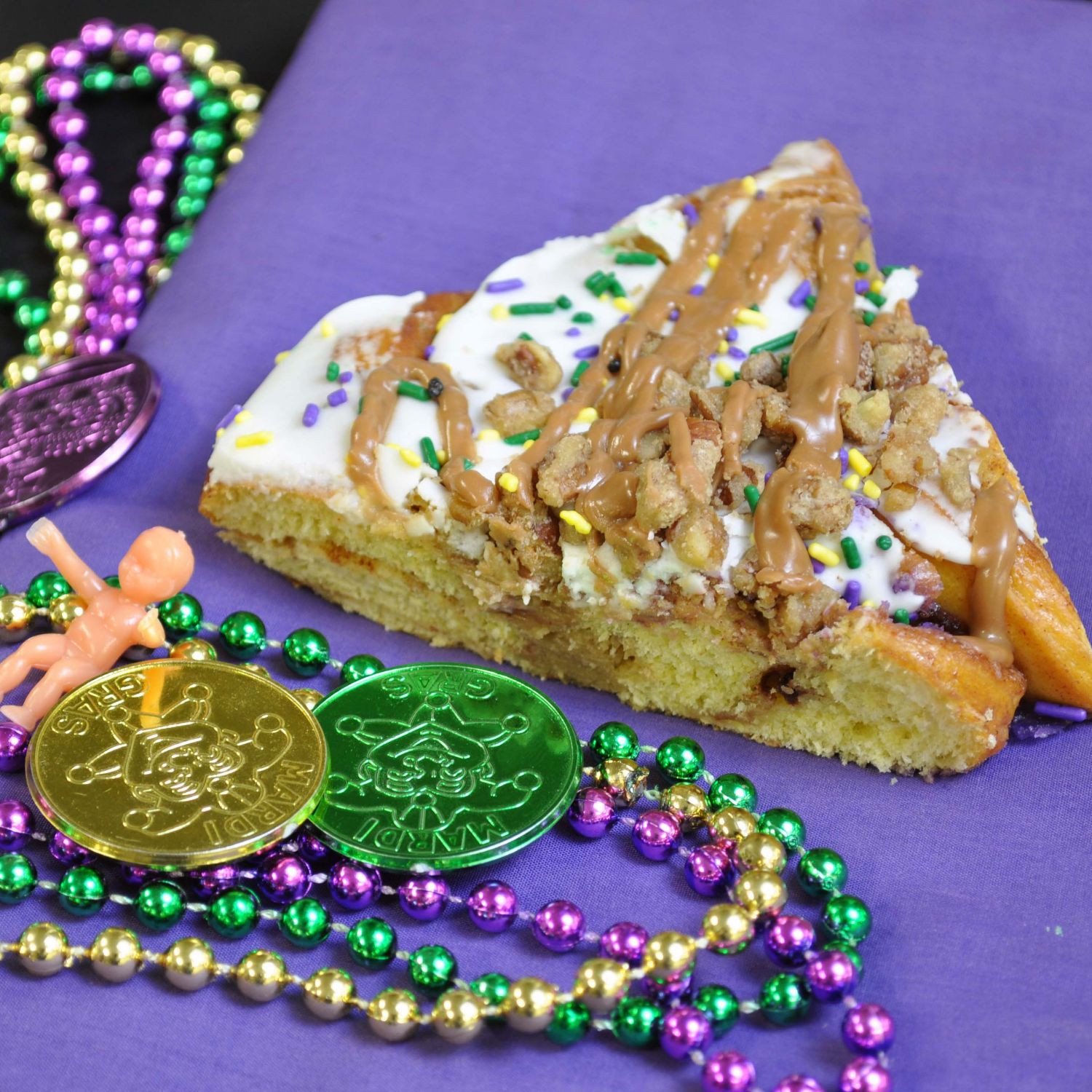