OUR STORE FRONT WILL OPEN

FRIDAY, DECEMBER 9 FOR 8 AM

The History of Our Unique New Orleans Architecture

The many unique buildings and architecture of New Orleans mirror its multicultural heritage and diverse history. From historic mansions on St. Charles to Creole cottages and the beautiful balconies of the French Quarter, the city has amazing examples of architectural styles from around the world. There’s even an Egyptian Revival US Customs building, framed as an example of neo-Moorish identity.

Scattered throughout the city of New Orleans, Creole cottages were constructed between 1790 and 1850, with the majority of them being located in the French Quarter and surrounding areas of Esplanade Ridge, Bywater, and Faubourg Marigny. With steeply-pitched roofs and symmetrical facade walls, these stellar-stucco homes sit close to many property lines.

American-style townhouses were constructed in 1820 and 1850, typically associated with the Anglo-Saxon peoples who began to filter through Louisiana after the state had been sold to the United States by France. Typically found in the Lower Garden District and the Central Business District, American townhouses feature narrow stucco walls that are typically three stories tall, and they’re sometimes made of brick. An asymmetrical facade and balcony can often be found on the second floor and rests close to property lines.

Creole townhouses are reminiscent of the Latin peoples who founded New Orleans and are considered the most iconic pieces of architecture in the city by many residents. They make up a large portion of the French Quarter and consist of cast-iron balconies, arcades, thick walls, and the occasional courtyard. With asymmetrical arrangements of arching openings, these steeply pitched townhouses feature parapets that are side-gabled roof dormers and an exterior made of brick or stucco.

There are also several shotgun-style houses scattered throughout New Orleans, with the first designs theorized to have been introduced around 1848. Most shotgun houses have narrow porches covered by a roof apron that is supported by brackets and columns. Usually decorated with Victorian motifs and other highly-ornamented designs, many variations on the shotgun house have cropped up over the decades that infuse the elements of various cultures together. Each house has a door at each end and is narrow, reminiscent of the barrel of a shotgun.

New Orleans is also home to several European-style cemeteries with elaborate Latin flourishes, such as St. Louis Cemetery, Greenwood Cemetery, Metairie Cemetery, and others. Since New Orleans has a high water table, graves are not typically dug deep into the ground, and above-soil stone tombs are preferred. Several cemeteries in New Orleans possess historical significance relating to various cultural groups throughout the area.

The residents of New Orleans greatly value the preservation of their unique architecture, with several organizations such as the Preservation Resource Center and the Friends of Cabildo dedicated to keeping the cultural flame alive. These groups and others help to combat urban decline and shaky property values while also restoring historical structures that have been harmed by natural disasters such as Hurricane Katrina and Hurricane Rita. 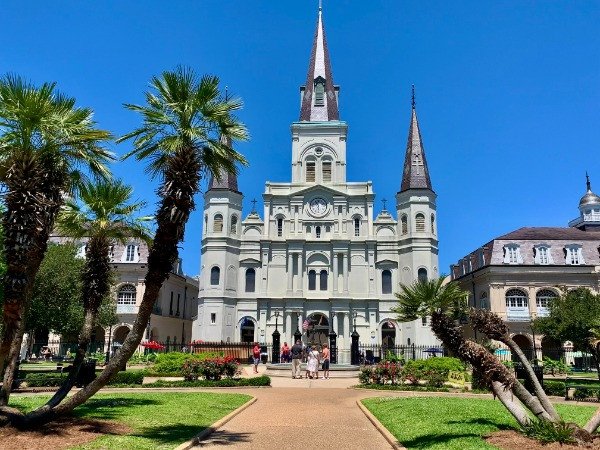