Why is New Orleans Known for Voodoo?

To those seeking the more esoteric path, voodoo is synonymous with the city of New Orleans. But how did New Orleans become known for voodoo if it was founded by French Christians? The answer is as intricate and interesting as the culture of New Orleans itself!

Voodoo first arrived in Louisiana along with the enslaved West African population. They brought their folk beliefs with them, and despite reluctant conversions to Catholicism, managed to integrate elements of their native faiths into their new religion in what became known locally as Voodoo-Catholicism.

Voodoo focused on ancestor spirits and the power of nature, and it was further influenced by the influx of Haitians fleeing conflict from their island as revolution brewed against the French. Despite slavery still being legal in the USA at this time, there were many Africans who managed to remain freemen who kept voodoo rituals as an integral part of their cultural identity.

In the following decades, voodoo kings and queens in New Orleans became major, albeit local, figures in their minority communities. The thread that united most voodoo believers and “leadership” alike was the notion that God does not interfere in a typical day, but spirits do. The many rituals in voodoo illustrate the diverse means through which practitioners attempt to contact the spiritual realm.

Voodoo in New Orleans today still retains the cultural icons of the past, such as gris-gris dolls, and may include prayers, personal ceremonies, readings, and other methods of spirit communication. These ceremonies most frequently target emotional states of distress in an attempt to alleviate them, though attempts to influence the material world occur too.

Voodoo rituals in New Orleans are usually held privately, but there are plenty of public communion spaces available to those looking for the company along their spiritual journey. Many small practitioners are only too happy to help with a reading, and the well-known Voodoo Spiritual Temple is located across the road from Congo Square.

The New Orleans Historic Voodoo Museum is one of the best places in the city to learn more about the history of voodoo in New Orleans. It can be found in the French Quarter. Inside its walls, voodoo artifacts from Africa, Haiti, and New Orleans track the progress of the practices and how it managed to remain alive to this day. There are also many New Orleans voodoo tours that run throughout the city with the help of various tourist organizations.

For those looking for a few trinkets or ritual-aiding items, voodoo shops in New Orleans can be found scattered around the city in pockets where voodoo practice is commonplace. One of the most popular destinations for shoppers is the Marie Laveau House of Voodoo, named after one of the most prominent freemen of the time. As a free woman of color, she helped slaves escape into the north, and despite being a devout Catholic, sympathized with the plight of voodoo practitioners who in return sought to protect her home from evil spirits as thanks for her aid. 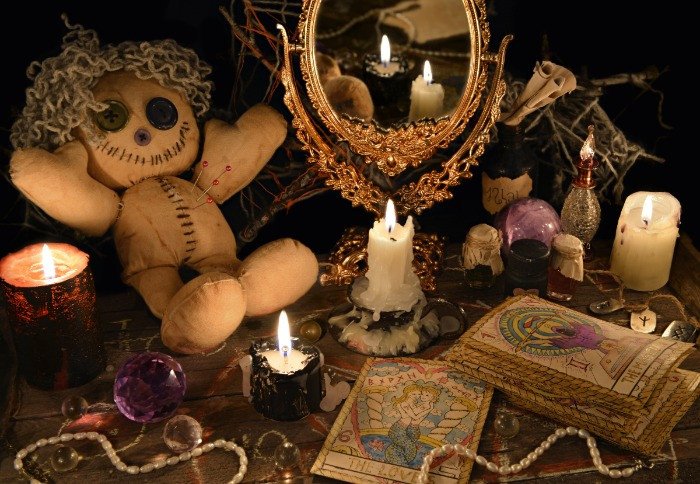