The city of New Orleans possesses a multifaceted culture that makes itself known in its music, food, art, and of course, architecture. When you picture the structures in and around New Orleans, such as the glistening roof of the Superdome or the vine-draped balconies of the French Quarter, each neighborhood ends up looking just a bit different. Taking in all of the cultural differences of New Orleans’ skyline leads to some impressive architectural discoveries as a result!

Along the Mississippi River lies the historical French Quarter of New Orleans. This is where Jean Baptiste Le Moyne, Sieur de Bienville, founded the city in 1718. He selected the area for its lofty elevation and ease of access to the Mexican Gulf waters. In the city’s newborn days, the St. Louis Catholic Cathedral was the heart of New Orleans, flanked by Presbyterian and Cabildo buildings. The famous Pontalba residences were built later along the sides to form a square from overhead. Nowadays, the area is titled “Jackson Square” and performs admirably as a gathering spot for local cultural events.

As New Orleans grew beyond its French Quarter, the Esplanade Ridge and Treme neighborhoods developed along the land. Downriver, the Faubourg Marigny was created, capping off the fusion of French and Spanish styles for a uniquely Latin-Creole cottage style.

Americans stuffed themselves into the newly-developed ports of Louisiana in 1803 to make the best of the newfound economic opportunities offered after the Louisiana Purchase. Settling primarily upriver of the French Quarter, these settlements would become today’s Uptown, Garden District, Carrollton, and Central Business District. The influx of people inspired architects from New York to migrate to New Orleans, which resulted in the Greek Revival homes still seen in various areas today. These homes are complemented by Raised Centerhall Cottages, Double Gallery Houses, American Townhouses, and Shotgun Houses.

With the new innovations from the fields of water and sewage, homes were able to be built more commonly below sea level, and this led to the development of areas such as Gentilly Terrace and Mid City. After air conditioning became a staple in many American homes, California-style bungalows became increasingly popular in these areas of New Orleans as well.

New Orleans architecture in the current era echoes the borrowing and giving of the mixing cultures of the past. There are residents that are happy with their quaint, classic architectural styles, while others seek to push the limits of modern construction to combat hurricanes and inclement weather. Modern homes in New Orleans are starting to feature green technology such as energy-efficient materials, solar panels, and even designs that allow parts of the home to float in case of a flood!

Architecture in New Orleans remains an incredibly important and energizing element of cultural identity. Corner stores are making a comeback as people begin to seek again the smaller-town feel in their local communities. Since the city remains green throughout the year, a blossoming flower culture has begun to revitalize landscapes both small and large.

Regardless if the most iconic architectural icon of New Orleans is seen as the Superdome or the St. Louis Cathedral, every inch of the city’s architectural culture is a testament to the city’s endurance through both challenge and triumph. Come take a look sometime yourself; you might be surprised to see a bit of the familiar in something new!

See more of our New Orleans-inspired blogs or check out Randazzo's king cakes! 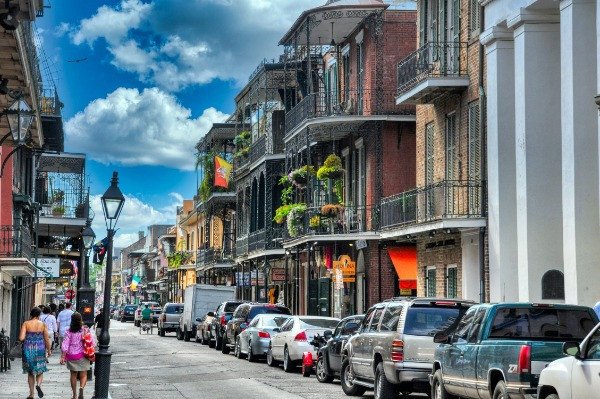