Mardi Gras or Carnival season is an important holiday here in Louisiana, especially for the New Orleans area. From parades to masquerade balls, to fancy king cakes and feasts, Mardi Gras is a significant event in South Louisiana.

The tradition surrounding the king cake dates back to the ancient Roman holiday known as Saturnalia, which honors the Roman god of harvest. The festival, which was initially in mid-December, contained great feasts where people could ignore basic etiquette rules. People dressed in a variety of outfits and slaves would have preferential treatment. Saturnalia was a festival filled with forbidden activities where people would drink excessively and gamble to their hearts' content. This mirrors the sometimes forbidden activities seen during Mardi Gras, where people feast, enjoy the extravagant parades, drink, and other wild Mardi Gras related festivities.

The king cake, a major part of the Saturnalia holiday, was baked with a fava bean inside, and whoever found the bean became King for the day. They were then allowed to rule over those who usually held all the power. This role reversing allowed the slaves to make demands on their masters and express freedom of speech.

As Christianity made its way through Rome, the tradition of the king cake took on a different meaning. The once fava bean is now a small plastic baby, representing baby Jesus. King cakes are now purchased and baked to celebrate, not only the Mardi Gras or carnival season but also the Epiphany. It is said on this night that the three wise men traveled to Bethlehem with gifts for the newborn baby Jesus. Finding the baby in the king cake not only makes you King for the day, as seen in ancient Saturnalia festivals, but it also means you have to host the next Mardi Gras celebration and provide the king cake.

From the god of harvest to baby Jesus, the king cake and its traditions made its place in the city of New Orleans and many other southern states.  Next time you visit Randazzo's for your Mardi Gras king cake, remember to tip your hat to the Ancient Romans for bringing us such a tasty treat! 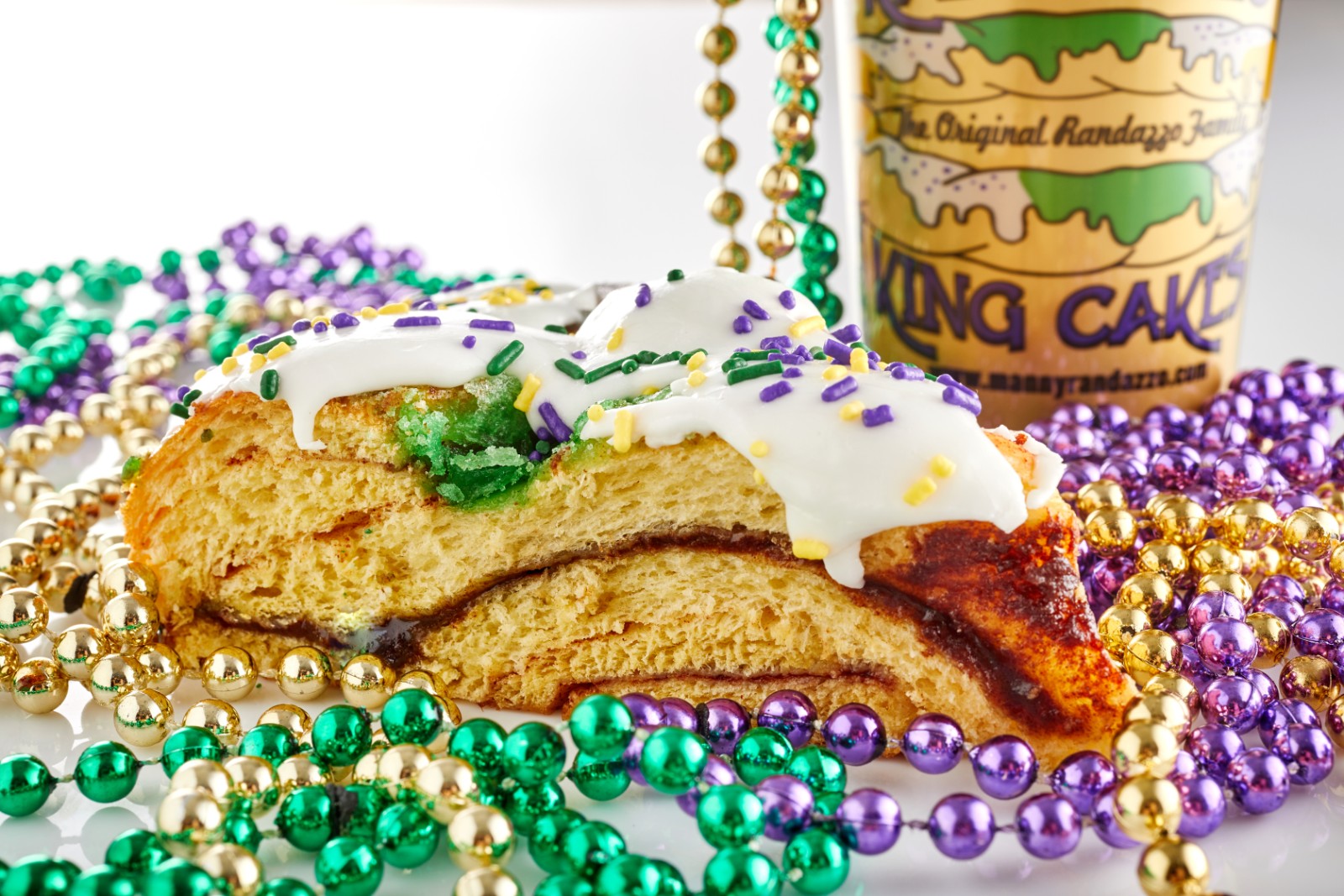