Perhaps best known for its irreverence, the Krewe of Tucks has its humble origins beginning in 1969 as a small group of Loyola University students. The krewe’s namesake is the legendary Friar Tuck of Robin Hood fame, although this name in and of itself was adopted from an uptown pub where the local college students decided to formulate their own Mardi Gras krewe after much merrymaking and deliberation. It’s known that the original students of the krewe were not able to become white flambeaux carriers, and so they started hypothesizing how to best represent with wit and humor their own school’s Catholic traditions during the Mardi Gras parade.

Over the decades, the Krewe of Tucks has evolved from a modest nighttime parade of a few pickup trucks into a multi-float procession of epic proportions. It was in 1983 that the New Orleans parade became an event held during the daytime, and in 1986, the parade routes of Mardi Gras finally stretched all the way to the downtown venues. Although the Krewe of Tucks has grown greatly in prestige and numbers, it always manages to keep its sense of small-scale appreciation, humor, and revelry.

The Krewe of Tucks features about 50% men and 50% women in a nearly even split, making it a very representational krewe that looks to include everyone and its festivities. It also boasts its own den and stores all of its floats, looking to improve on them every year. The goal of the krewe is to revel with high levels of energy while making a difference in the world with its charitable services. We salute the Krewe of Tucks in this feature, and we hope to see even more floats next year from the next generation of friars-to-be! 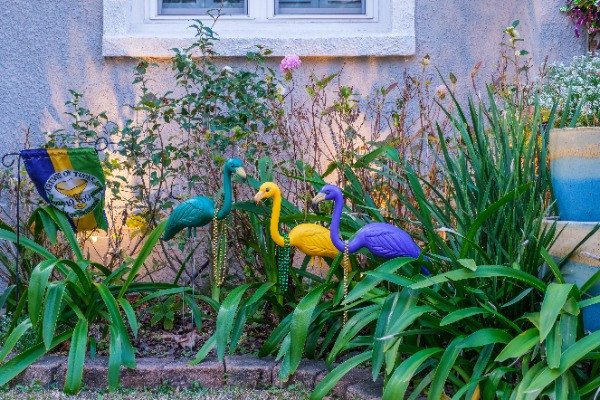