The Intergalactic Krewe of Chewbacchus

Revelrous Trekkies, Whovians, gamers, cosplayers, Star Wars addicts, and mega-geeks alike rally to the banner of the Intergalactic Krewe of Chewbacchus for a SciFi Mardi Gras! They roll with foot power as an all-walking krewe and don’t use floats to carry their throw stashes.

The stated goal of Chewbacchus is to open up the emotional and bonding elements of Carnival to the socially awkward and disenfranchised. In order to get who they call “the weird masses” out into the open, the Intergalactic Krewe of Chewbacchus promotes low-cost, open membership and environmentally-friendly parading practices. The patron of the Krewe is the famous Chewbacca of Star Wars fame, from whom they seek blessing for all of their community cosplay and parading.

The Krewe of Chewbacchus bills itself as the first open-source parade with a focus on sustainable materials and parading practices. It welcomes all fandoms, and it also pays special homage to Star Trek via the Red Shirt Rebellion. This is a subgroup of Chewbacchus that takes on the responsibility of guiding and guarding the parade route, receiving free access to the parade, food, and beer after their duty has been completed (providing they make it back alive)!

Are you interested in having your marriage ceremony performed by one of the official cult leaders of the Krewe of Chewbacchus? The Krewe is legally a non-profit organization and religion, and there many many who are licensed to perform wedding ceremonies. It isn’t uncommon for those looking for the ultimate geek wedding to enlist Chewbacchus to help them with their theme. As always, Chewbacchus is ready to help and is always looking to ordain new ministers from the state of Louisiana and beyond...at least, those who know the answer to the most important question in the universe!

Patron Saints of the Krewe of Chewbacchus

The Krewe of Chewbacchus has ordained Princess Senator General Carrie Fisher in 2020 and has made Peter Mayhew their Emperor for Eternity in 2019. Though the pantheon is always expanding, it’s established that Peter Mayhew, as the actor that played Chewbacca, has primacy over other saints given his title.

Many of the hand-made throws of Chewbacchus have made their way into the Mardi Gras shrines of many a reveler. The Krewe of Chewbacchus always focuses on safe, family-friendly, and environmental throws with no packaging (plastic sucks!) or glass components.

Chewbacchus’ website also highlights local businesses that help people with their costuming, throws, and other gizmos.

The Intergalactic Krewe of Chewbacchus prides itself on being open to all who are interested in joining, regardless of nerdy fandom. There is an ever-updating list of themed sub krewes with a total membership in the thousands, and it’s always possible to add a new one to the party. It’s a great entry point to Chewbacchus for those looking to commune with the Drunken Wookie. 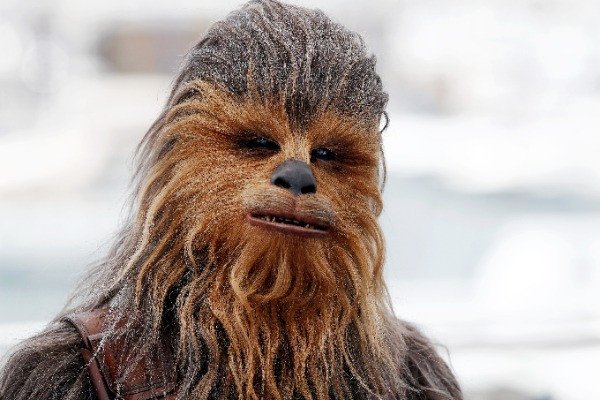