The Krewe of Bacchus celebrates one of the most memorable krewe innovators and kings to the Mardi Gras parade since its inception!

The History of the Krewe of Bacchus

Founded in 1968 with the help of New Orleans business leaders, the Krewe of Bacchus had a goal of revitalizing Carnival. The original Krewe of Bacchus was conceptualized by Owen Edward Brennan Senior. Brennan was a true visionary; he was the owner of the Absinthe House on Bourbon Street, in fact. He also founded his own restaurant named after himself on Royal Street. He’s the father of the Krewe of Bacchus’ first Captain, Cpt. Owen “Pip” Brennan Junior.

Brennan understood that most Carnival festivities were out of the reach of ordinary people; most events were closed to anyone outside of New Orleans’ elite circles. Brennan decided in 1949 to invest a massive sum of cash to fight back against the entrenched New Orleans aristocrats to revitalize Mardi Gras for the common folk. This was the Krewe of Bacchus, open to tourists and locals alike.

Brennan passed away in 1955 but sparked the flame that would burn brightly in the 21st century as the modern Krewe of Bacchus. Taking on the mantle of his father, his son “Pip” wanted to reverse the dying Mardi Gras trends of the 1960s. He did so by putting on a more spectacular parade than New Orleans had ever seen before: bigger floats, larger throws, and a celebrity king that bucked the local trends.

The celebrity king of the Krewe of Bacchus in 1969 was Danny King, with the parade theme being “the best things in life.” Over 15 floats and 250 members took part in the Carnival, and spectators were showered with over one million strings of beads! The parade was a massive success, and it provided a much-needed boost to the Carnival season to revitalize New Orleans.

The Mythology of the Krewe of Bacchus

In Greek mythology, Bacchus is the god of vegetation and wine. Bacchus is also the son of Zeus, and he taught mortals how to make wine from the grapes that they cultivated. Eventually, he evolved from being a god of fruits and trees to a god of good cheer and alcohol because of his invocation. According to legend, Baccus dies at the onset of winter and is reborn in the springtime. This, accompanied by the seasonal renewal of vegetation, promised the resurrection of the dead.

The Krewe of Bacchus Today

Today’s Krewe of Bacchus has over 33 super-floats that are animated and is supported by over 1500 active members. It has evolved into one of the most revered and honored krewes in Mardi Gras, led by the current Captain and son of “Pip” Brennan, Clark Brennan. Clark oversees the Krewe of Bacchus with dedication and pride, looking forward to all of the moments in the present and future that make Mardis Gras and New Orleans in general truly special! 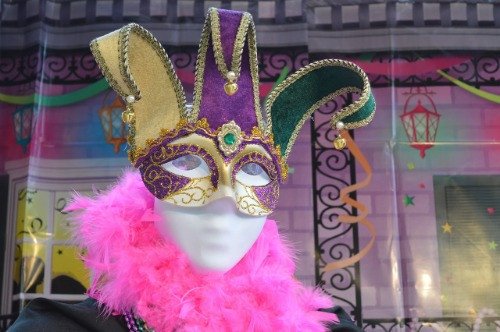