America was still feeling the impact of the Great Depression in the '30s when some businessmen hailing from New Orleans congregated to discuss the fate of their lovely city. With folks lower than they've been since the Great War, there was only one New Orleans-style solution: have a party!

This wouldn't be an ordinary celebration of New Orleans Mardi Gras, however. It was decided that there would be an early parade on Mardi Gras, specifically on Friday night. The addition of the Friday parade would turn the Carnival into a five-night affair, elevating the economic opportunities for the citizens of New Orleans and beyond. With their hearts set on making things happen despite the dour mood of the Depression, the group laid out their tasks, and the Krewe of Hermes was founded.

The businessmen understood that "just" throwing a parade was no small feat, especially in times of economic hardship. There would need to be enough members for the Krewe of Hermes to expand, and they'd need to collect enough funds to finance their ball productions.

They sought inspiration for their krewe from the Greek God Hermes, who became their hero motif. Over time, the Krewe of Hermes was able to fund their parade aspirations to the scale of legacy Mardi Gras organizations such as the Krewes of Proteus, Rex, and Comus!

Not to be left out of the growing momentum, local political and business figures tossed their support behind the Krewe of Hermes. Congressman F. Edward Hebert was the man who came up with the idea of using Hermes first, and Dr. Frank Oser was elected as the first Captain of the krewe due to his stellar local reputation. Chosen to ride the floats as Hermes himself was Colonel A. Lee Wiener, with the Queen being the unmarried Miss Majorie Lee Smith.

There are many current Mardi Gras traditions that find their roots in the Krewe of Hermes. For example, the krewe introduced the concept of outlining a float with neon-colored lights, and they started the use of flares of the marching flambeaux. These innovations all stemmed from the Krewe of Hermes' value of individualism, and it made for Carnival memories that no reveler could ever forget.

The Krewe of Hermes has been reveling now for over 80 Mardi Gras seasons, and they continue to bring grandness and gaiety to every Friday night they roll. It's proud to call itself the oldest continually rolling krewe at Mardi Gras, and its membership of over 850 contains businessmen, legal practitioners, medical doctors, and tradesmen.

Mysteriously, the Krewe of Hermes keeps its membership rolls completely secret, including even the identity of the King! The King's name is never printed in public, and he always obscures his face during the parade.

The Krewe of Hermes is reportedly the first krewe to have organized themselves for Carnival after Hurricane Katrina, and their Ball and Parade drew record crowds which had all of the recovering revelers dancing until dawn! 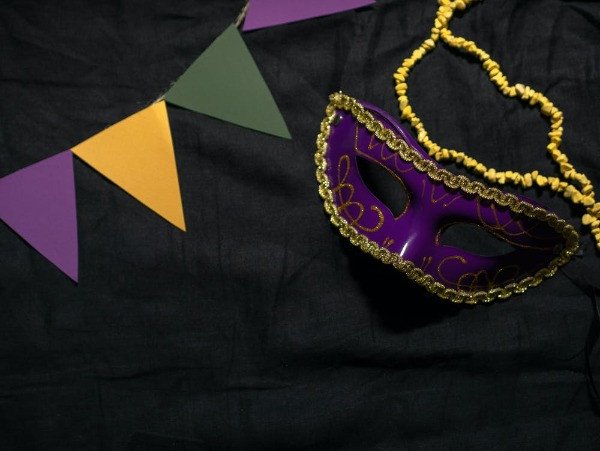