Founded in 1987, Krewe de Vieux rose from the ashes of the legends of Krewe de Clones. The Clones began parading in 1978, and they were based out of New Orleans’ Contemporary Arts Center from where they derived most of their theming and inspiration. After becoming highly popular for their creative and imaginative street performance arts, the krewe’s blossoming size led to a wave of respectability rules and politicking which sought to make the group more marketing-friendly while also increasing expenses on members and subkrewes.

Not wanting to deal with the myriad of new rules or expenses, Don Marshal of La Petite Theatre du Veaux and Craig “Spoons'' Johnson of the Krewe of Underwear conspired with one another to create a new krewe that celebrated the smaller, the organic, and the eccentric without imposing heavier costs. Their goal to restore French Quarter parading without all of the rules and expenses was a success with the Krewe de Vieux, which began parading the third Saturday before Fat Tuesday starting at the Theatre du Veaux. There is an annual “Krewe du Vieux Doo Ball'' that is hosted after every march, featuring the finest folk in their festive flair from all over the French Quarter and beyond.

Pioneering subkrewes of Krewe de Vieux are Mama Roux, Seeds of Decline, Space-Age Love, Underwear, and C.R.U.D.E. Each brings their own mule-drawn floats, each hand-made with love, showing the krewes’ commitments to both originality and organic creativity. Floats frequently feature popular brass bands from the area, keeping in-step with the theatrical and the eccentric performances of each subkrewe. For decades, the diverse Krewe de Vieux survived hurricanes, managed its rapid growth to rival the krewes that it split off from, and to this day still manages to parade with all of the custom charm that shows its roots are still firmly connected to the ancient Mardi Gras tradition of the past.

Krewe de Vieux brings people of all stripes together on a glorious night of revelry and love that embodies the ecstatic and the primal. It represents a culmination of the spiritual and the elusive, the raw and the unrefined, cobbled and smelted and compressed together with a hug to form a unique parading experience that is not easily defined, and that’s just how the krewe likes it. 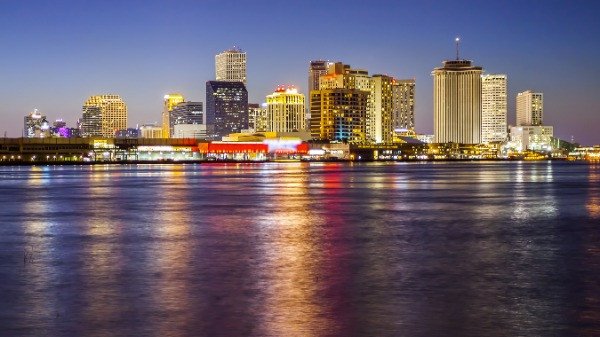