Everything You Need to Know
About Mardi Gras 2022

Although Mardi Gras hasn’t been canceled, there will be some changes this year that will still make the festivities different from pre-pandemic times. In 2021, New Orleans officials stopped all of the Mardi Gras parades, but despite the looming Omicron variant, now officials plan on utilizing COVID precautions and shorter parades so that Louisiana faithful and beyond can come and enjoy the Carnival.

What is Mardi Gras?

Also known as Carnival, Shrove Tuesday, and Fat Tuesday, Mardi Gras is a time to get your partying in before the six-week fasting of Lent which leads up to Easter. Its origins can be found in the European Carnival traditions of the 17th and 18th centuries. The Mardi Gras link with New Orleans started at the very end of the 17th century when a French explorer declared a plot of land as “Pointe du Mardi Gras” during the eve of the holiday happening back in his native lands.

Ever since then, Mardi Gras evolved into the city of New Orleans, which has adopted the festivities based around its Latin-Romance and French heritage. Mardi Gras has been a wonderful parade through what was once the humble Pointe Du Mardi Gras area featuring masquerade balls, celebrations, and of course, delicious king cakes.

Mardi Gras starts on March 1, 2022. Though most Carnival festivities start on January 6 due to it being the Twelfth Night after Christmas, the biggest events take place between February 23 and March 1, making it the busiest time to be in New Orleans.

Mardi Gras parades this year are green-lit, but their routes will be shorter due to COVID restrictions. There are also fewer police, medics, and other first responders available to handle crowd control, so borrowing of police forces from other areas is expected. You can see where your favorite parade krewes plan on strutting their stuff on their respective websites.

What COVID-19 Preparations are in New Orleans?

New Orleans has a vaccination rate of 82% amongst its adult population, making it one of the top-vaxxed cities in the area. However, there are additional precautions underway:

Vaccine mandates are expanding by voluntary imposition amongst some service providers and krewes to reduce the spread.

Looking to get into an after-parade party or ball? Don’t be surprised if you need to show a negative PCR test to be a part of any parading organization’s activities.

3) Face Masking Mandate is Back

New Orleans instituted an indoor face mask mandate as of January 12, 2022. This means that all indoors Mardi Gras events will be expected to enforce mandatory masking for both guests and hosts alike in order to stop the spread of COVID.

Thankfully, the United States at large has started to once again open up familiar sights and tourist attractions for all to enjoy. With Mardi Gras being a staple of New Orleans tourism and celebrations, it was sorely missed in 2021. This year, we hope to go all-out despite some restrictions still in place so that everyone can get accustomed to the lifestyle of welcoming and warmth that Louisiana has become famous for. We hope to see you on the streets and enjoy the festivities by stopping by Randazzo's King Cakes for a traditional New Orleans king cake before the parades!! 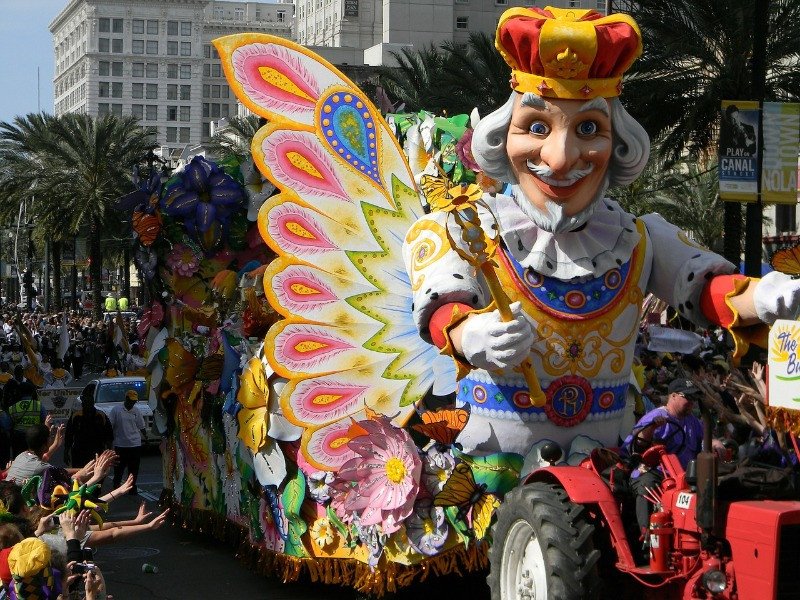