A Nod To The Sazerac-- America's First Cocktail

Mardi Gras, King Cakes, Parades, and good food are all reasons to visit New Orleans. Down here in New Orleans, there are many traditions. From second-line parades to babies in the king cakes and Monday's red beans, New Orleans is sure to keep you well-fed and entertained. Along with good food and parades, New Orleans is also the home of the Sazerac. A unique and tasty cocktail that you can't pass up if it's your first time in our neck of the woods.

The history of the Sazerac began in 1838 when Creole apothecary Antoine Peychaud invented the Sazerac in his small shop on 437 Royal Street. Initially named for Peychaud's favorite French brandy, drink, Sazerac de-forge et fils, was later replaced with American Rye-whiskey. In the late 1800s, a bartender by the name of Leon Lamothe added a splash of Absinthe. The drink was called the "Green Fairy" and the "Black Death" for its color and licorice flavor. Once Absinthe was banned in 1912, Peychaud's special bitters were used in the Sazerac.

Since 1939, locals and travelers enjoy the Sazerac's unique flavors in the Roosevelt Hotel's Sazerac Bar. You can't leave New Orleans without trying the official New Orleans cocktail. In addition to the Roosevelt's Sazerac Bar, the Sazerac House opened in the Fall of 2019 on the corner of Canal and Magazine Street. The historical building allows you to experience the history of cocktail culture in New Orleans. Here, you can learn about distilling whiskey, taste various bitters, and experience the perfect Sazerac for yourself.

Come on down to New Orleans and try our local cocktail! And don't forget to stop by Randazzo's bakery for a tasty king cake as a treat! 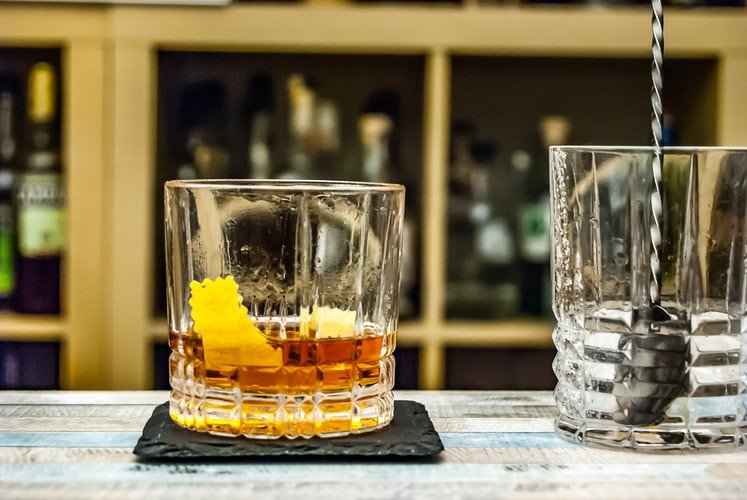